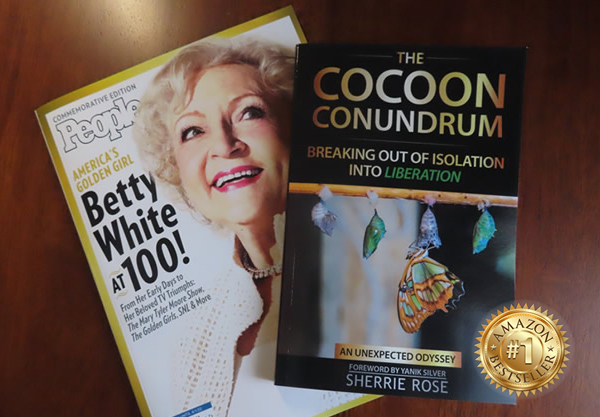 Dr. Martin Luther King, Jr. is regarded as the USA’s foremost advocate of nonviolence and one of the greatest nonviolent leaders in world history. His 1963 “I have a dream” speech has had millions of views and has been quoted numerous times.

Betty White would have turned 100 years old today, 17th January 2022. The legendary actress and comedian died weeks ahead of her 100th birthday on New Year’s eve, 2021.
.

It took 15 years or #MLK Day to be declared a national holiday.  His Life and #Legacy

Betty White: A Celebration, is a movie event features the Emmy Award-winning actress on what would have been her 100th birthday! Betty White filmed a message for her fans just 10 days before her death, as a tribute to her fans that were going to be with her at the event,” Film producer Steve Boettcher reflected that with her shows, the Mary Tyler Moore Show, Password, Hot in Cleveland, Golden Girls, Betty was invited in people’s living rooms as they watched her on television.

Betty White holds the Guinness Book of World records for longest TV career for an entertainer (female), making her TV debut in 1939, and spanning over 82 years of work in the industry. The last of the Golden Girls joins her friends, with a final rendition of ‘Thank you for being a friend (I want to thank you)’ 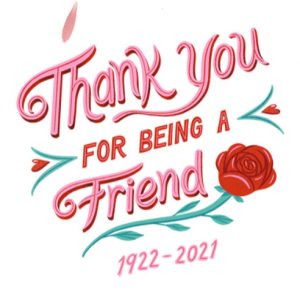 Thank you, Betty White for years of entertainment and laughs. 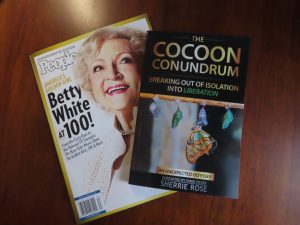 The photo of the People Magazine Commemorative Edition with Betty White at 100 on the cover is shown with the book, The Cocoon Conundrum.  The Cocoon Conundrum book launched on January 10th 2022.  People Magazine shares articles about Betty White on Why We Love Betty, photos with many friends, celebrities, and animals, her career years, her marriage with Allen Ludden, awards, tv talk shows, Saturday Night Live, Johnny Carson, Renaissance turned Bettyssance, and her lifetime achievement Emmy, all celebrating (almost) a century of Betty White.

Google is celebrating Betty White‘s 100th birthday with a special tribute.  According to White’s death certificate, she suffered a stroke on Christmas, six days before her death. RIP.

Half a century is an age that is marked by Wilford Brimley in the movie COCOON at the time the film ‘Cocoon’ reached theaters on June 21, 1985. Cocoon is a 1985 American science-fiction comedy-drama film directed by Ron Howard about a group of elderly people rejuvenated by aliens.  Cocoon: The Return is the sequel to the 1985 film Cocoon.  Three actors in the original movie are still alive, 36 years later, Linda Harrison, Tahnee Welch, and Steve Guttenberg.

The Twitter ‘brimleyline’ account, Brimley/Cocoon Line, makes note of people who have crossed the line and reached Wilford Brimley’s age when he was 18,530 days old (just over 50 years). Dr. King and Betty White made it over the ‘brimleyline’ and each made a major impact in our world.

Thank you to Dr. Martin Luther King, Jr. for your advocacy of nonviolence. 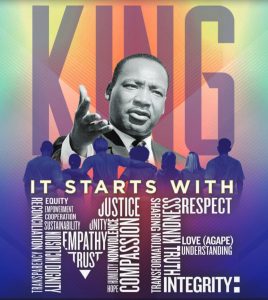 The big birthdays (Happy 100th) and dates to honor our heroes ( #mlk ) remind us that man yearns for a long life, despite the many challenges in the world. 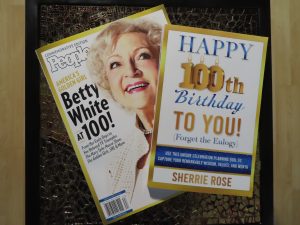 It takes fortitude and determination to carry on being innovative and creative, even though many of our human functions may be negatively affected by age. It takes courage to be able to accept one’s age.

If an older person ignores his aches and pains and continues with gratitude and belief in a higher power, then old age will be a much more pleasant experience.

Contemporary man without a spiritual practice misses the added benefits. Only the Almighty has the power and capability of granting our wish of the years, but there are things we can do by ourselves to bring this about.

It is up to us to make each year as meaningful and enjoyable as possible.

It is your own duty to live fully.

Bear your burdens with humility and grace.

No one gets out of this messy, wonderful whirl of joy and chaos undamaged.

Engage with the world, wiser for the heartbreak, steeled from surviving, energized to make a difference.