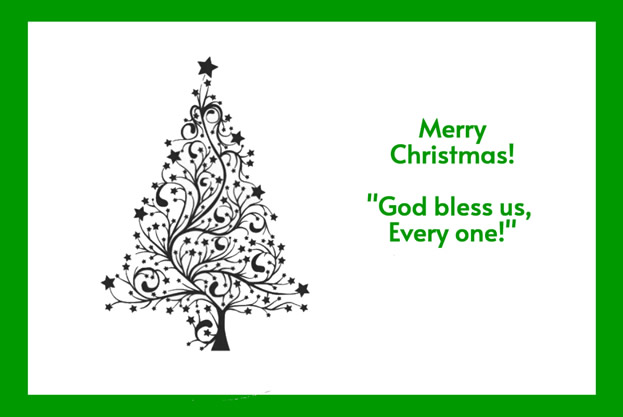 In the film, George Bailey, the main character, who is at his wits end at Christmastime, jumps off a bridge, and it is at this point, he meets up with his angel, Clarence.  Clarence needs to help someone to get his wings and George is his man.

The original movie in black and white gives it dramatic effect.  Clarence shows George a version of the future without him in it. When George sees what happens in his town without all his good deeds over the years, he realized that he does make a difference after all.

Movies and books with the crystal ball prediction are popular. The Christmas theme is particularly potent, and because there is a higher incidence of depression over the holidays, it is a wake-up call to get help and at the very least be grateful.

George is not the only one who is having issues during Christmas.  Recently, I read a post like this:

Life seems to have become a huge struggle and most days I’d rather just leave life on Planet Earth behind. This hasn’t been an overnight thing but has taken many months, even years, to come about. Posting this is draining my almost non-existent reserves of energy. I know it’s a hard time of year for a lot of people and I would just ask you all to think of people you haven’t heard from in a while and send them a private text or leave a message on their phone telling them you’re thinking about them. Even if you don’t get a response, it’ll mean a lot. Trust me on this. Throw out an extra thought, bit of prayer or bucketful of good juju – someone out there will appreciate it. Who knows: YOU might be the one thing that keeps them from wanting to end it all today! Although I’m struggling, I’m beginning to think that little spark of hope-light is not a freight train headed straight towards my head. The good news is once I got off the edge into the abyss and made some phone calls, that tiny spark of hope that had all but been extinguished has re-kindled and re-lit itself.”
-unnamed friend

Light Up My Tree

16th century songwriter, Melchior Franks, wrote “Ach Tannenbaum” O Tannenbaum (later becoming O Christmas Tree). By the 15th century tree decorations started becoming part of the holiday celebration. The lyrics were about a fir tree in winter.  In the 1800s, the fir tree, became popularized as a symbol of Christmas and modern lyrics were written in 1824. The evergreen is a symbol of faithfulness and hope for spring. “When winter days are dark and drear… You bring us hope for all the year… That faith and hope shall ever bloom…To bring us light in winter’s gloom… You bear a joyful message”

The fir tree was adopted as a Christian symbol of the holy trinity because of its three-pointed, triangular shape with the apex pointing towards heaven. (Similar to how St. Patrick is said to have explained the concept of the holy trinity with a three-leaf clover).

Related to the name, the film, The Royal Tenenbaums, tells the story of Royal Tenenbaum’s redemption and journey of his path from estrangement to intimacy with his family. Christmas is a time for family and intimacy.

Singer Tony Bennett has won 19 Grammy Awards his prodigious musical output, as well as a Lifetime Achievement Award.  Famous for the 1962 hit “I Left My Heart in San Francisco,” he is also famous for singing the original:
O Tannenbaum song now known as O Christmas Tree

Tony Bennett’s career as the pre-eminent singer of the 20th and 21st centuries is unprecedented. Tony Bennett is one of a handful of artists to have new albums charting in the ’50s, ’60s, ’70s, ’80s, ’90s, and now in the first two decades of the 21st century. He has introduced a multitude of songs into the Great American Songbook that have since become standards for pop music. He continues to be embraced and loved by audiences of all generations.

He recorded a show with Lady Gaga in August 2021 at the Radio City Music Hall in New York. August 3rd was crooner’s 95th birthday.  On Thanksgiving weekend, the CBS prime time special aired the recording of their performance and HIS last hurrah onstage.

Lady Gaga, 35, and Tony Bennett, 95, received five nominations for the 2022 Grammys on the strength of their second collaborative album, “Love For Sale,” which they released October 2021.

His songs and his impact on the music industry are their own legacy.

Along with his 90th birthday celebration, was the release of his fifth book, Just Getting Started. This piggybacked on his earlier book, Life Is a Gift, where Tony shares lessons he’s learned. In Just Getting Started, he pays homage to those remarkable people who inspired the life lessons he reflects upon. These books exemplify leaving a legacy.

Various lyrics presented here. and from the German Way site, below.