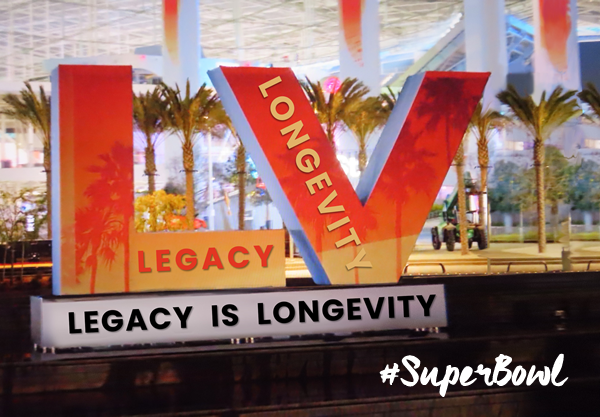 What’s at stake today, Sunday February 13th at the 56th annual broadcast of the NFL Super Bowl? And, how does this relate to legacy?

Rams vs Bengals play at the SoFi Stadium in Los Angeles (Inglewood), California.  The Rams and only on other team to play a Super Bowl inside their home stadium. Opened in 2020, SoFi stadium is state of the art  (note: the 2022 Winter Olympics are wrapping up less than a week in Beijing, China, and SoFi Stadium will host the Opening and Closing Ceremonies of the Olympic Games in 2028)

Football is not the only things viewers want to see.  Commercials and the halftime show are all the rage.

Imagine having 96 million eyeballs on that commercial.

Imagine being RANKED on that commercial’s effectiveness, instantly, for all to see.

The example of the top Super Bowl commercial ad of all time was when a fledgling company, just eight years young at the time, took a chance using images in the commercial that were an allusion to George Orwell’s noted 1984 novel (written in 1949), Nineteen Eighty-Four, which described a dystopian future ruled by a televised “Big Brother”.

Number #1 is the Apple ad 1984 where a woman runner in orange shorts and a white tank top, pursued by guards, throws a sledgehammer through a screen featuring a Big Brother-like talking head. It was futuristic, visionary and it catalyzed conversation. Even if the conversation was, “What the heck was that?!” people couldn’t stop talking about it and wondering, “What is a Macintosh computer, and why won’t 1984 be like 1984?!'”

(Note: the Macintosh Apple Ad is 38 years old and was directed by Ridley Scott and written by Steve Hayden with the 2nd USA release on January 22, 1984, during a break in the third quarter of the telecast of Super Bowl XVIII by CBS)

That commercial is still talked about today and we easily picture them in our mind’s eye. That’s indelible.

Would you like your legacy to be top of mind for the people you care about 50+ years from now?

Indelible. That’s an intriguing word. Know what it means?

“Making a mark that’s impossible to remove or forget, have a permanent influence or effect.”

Your personal, human stories open the heart and mind.

Enjoy the game and the commercials:-)