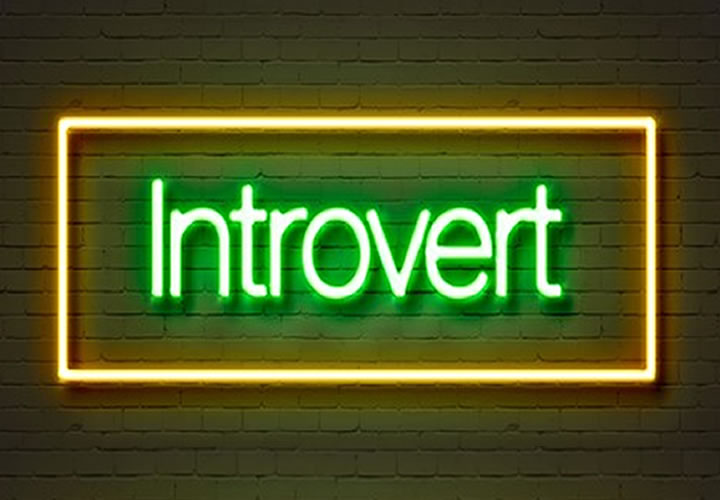 Selling IT Consulting Services, Kevin grew his sales to 600% of quota the first year by following ONE simple rule.

He only bid on contracts where he’d helped write the bid.

You see – Kevin sold to Governments and Schools and he knew ONE thing. That the person who helped spec the bid was the MOST likely to win the contract. SO – instead of having my sales engineers carefully review bid specs and try to comply with HUGE bid postings we didn’t completely understand, I simply walked into those accounts on the last day the bid was due and turned in my bid.

“After a comprehensive view of the bid specifications, (COMPANY) has decided that (CLIENT) would be best served if (COMPANY) were not an option. Therefore, we express our gratitude for the opportunity to bid on this business and regrettably will be unable to bid on this project.”

Needless to say, Kevin was not popular with a number of clients in the 100 accounts he’d been assigned.

To be fair, he wasn’t popular within my company much either.

Kevin Nations continues in his own words: There was an entire ecosystem within the State of Ohio that had (prior to my arrival) depended on the company I worked for bidding and then using our bid for free engineering support while awarding the actual bid to someone else who (since they had invested less in engineering resources) could bid less – review our bid after they were awarded theirs… and just implement our design.

It was a game… the ‘rules’ had been long since established before I arrived and we were just supposed to accept it as ‘good citizens of the state’ and because we were a large company (at that time the 15th largest company in the US), we were ‘supposed’ to play along…

‘Everyone’ seemed to get it but me. (and my support engineers)

During my first 18 months with the company, I got ‘relieved’ of 96 of those 100 accounts. My quota didn’t change. I was still responsible for $16 MILLION in sales – NOT from 100 accounts, but from the FOUR remaining.

And, during that year – the account module I was responsible for grew from $16 MILLION in sales from 100 accounts to $110 MILLION from the four accounts that I ‘kept’.

Again – uproar within the company. Now I was ‘over my commission cap’. These WINDFALL SALES couldn’t have come from my sales expertise – they MUST have just been windfalls. So – I appeared (no kidding) before a COMMISSION REVIEW board frequently to argue why I should be paid for raising my sales by 600%.

I went to a PRESIDENT’S CLUB trip in Maui that year. And there – some mumblings about my ‘unorthodox selling’ made it to the higher levels of the company.

When I came back, to Ohio, I was ‘promoted’ to Sales Management over my vehement objections. Now I would be responsible for MAINTAINING the ‘existing rules’!

I started a STAFFING COMPANY with a friend… While he was out rocking the new sales, I discovered a way for us to be paid 4x what our competitors charged and have clients BEG us to charge them more.

The model was so attractive that it caught the attention of the local business papers – AND our competitors. We started getting offers to sell. My partner wanted to stay put – I wanted to sell the concept and cash in.

We both got what we wanted. He stayed put – I cashed in

I kinda mapped out a way to get back into sales and still own my own company. Entrepreneurship AND selling (my two loves) wrapped up into ONE BUNDLE…

Back to the drawing board…

(SIDEBAR: Make your money defining the rules and you’re pretty likely to win)

The NEW RULES I created were a way to return to SALES MANAGEMENT and actually GET PAID WHAT I WAS WORTH!

I made up a strategy to become a VIRTUAL SALES MANAGER for MULTIPLE companies and figured that if I could charge 1/3 what an AVERAGE sales manager would charge in town and manage the teams of 12-15 companies, I could 4-5x the income that an average sales manager made. (At BEST, if I went out and found ONE company, I could 2x what the average manager would be paid – so this was a real RULE CHANGER!)

AND THEN I FOUND THE INTERNET MARKETING COMMUNITY!!!

2003 rolled around and I attended my first Internet Marketing Event. I was astonished at (1) the brilliant concepts that were being rolled out and also (2) how much of it depended primarily on ‘big lists and being cool’ – neither of which I was very good at!!!

And the clients started rolling in. SLOWLY, but at $5-6000 a pop. As this grew, I started letting my least favorite VIRTUAL SALES MANAGER clients go and transitioning to this BIG TICKET CONSULTING…

2004 rolled around and I decided to hold my very first LIVE EVENT. I had a list of about 150 people by now in my little autoresponder program and a few fellow students from a couple trainings I had invested in.

I rolled out my first event and sold 11 people at $5997 (still under the spell of the internet marketing crowd, I was convinced that $5997 would convert MUCH better than $6000 – no one could see past the $3 discount!)

For the next six years I worked quietly behind the scenes converting clients at $5000-$25000 without really ANY name recognition except for that of my clients and the people they referred me to.

A little over six years into this super secret game, the word got out.

I partnered with a WELL-KNOWN GURU.

And we leveraged his POPULARITY and REACH with the BIG TICKET MODEL.

And before long, MANY of the BIG LIST gurus made the mathematical decision that adding BIG TICKET CONSULTING to the back-ends of their BIG NUMBERS LAUNCHES would really ramp up their numbers (and it did)…

When you have BIG NUMBERS of people to sell to, there are always SOME that will ‘elevate’ up to super high investments.

As a result of that ‘new development’ – TWO MODELS began to be promoted in the marketplace.

The “Big List” contingency began teaching how to build a MASSIVE FOLLOWING and migrating a SMALL PERCENTAGE of them up into some kind of Big Ticket engagement.

And I moved to the quiet mountains of Henderson, NV and went back to the small, select clients model.

Here’s the deal – BOTH OF THESE MODELS SEEM TO BE WORKING WELL. The real question is – which is best for you!

Some of you reading this NATURALLY ASPIRE to building HUGE FOLLOWINGS of people, BIG SALES TEAMS, and sorting through thousands of leads to see who would ‘level-up’ to paying you those Big Ticket Fees.

AND… (on the other hand) – I’m betting that there’s a quiet contingency of people reading this who – LIKE ME – just want to hang out at home with your Families, study your craft diligently and share that expertise with a SELECT FEW CLIENTS who pay handsomely and stick around YEAR after YEAR after YEAR paying you for your leadership and expertise.

TRUTH IS – there IS no ‘Right’ choice… just one that’s more natural to your own dynamic.

If you prefer following the model of massive market visibility, maintaining the cutting edge lead generation strategies and keeping ahead of the crowd who are competing for the same large list of mass-market followers, then the “Big Money from Big Followings” may be precisely your speed.

However, if you prefer a quieter, more selective business model – carefully selecting a few clients a year and still maintaining a seven figure (to multiple seven figure) business, here’s some GREAT news…

WITHOUT NEEDING to build ANY of the assets that the “Big List” / “Big Following” / “Big Fame” crowd teaches that you need.

If that rings true to you and you’d like to earn more money than you EVER dreamed without leaving your INTROVERTED, STUDIOUS space, just let me know below by taking a minute and telling me about you and your business here.

There may not be a whole lot of you who would LOVE these rules BUT for the few, select people who value a simple, under the radar model to earning MILLIONS of dollars – I want to happily inform you that this is not only possible – but that HUNDREDS of my clients are already doing this and I’d love to add you to that Motley Crüe of people earning FORTUNES without needing to build the FAME.

Whichever path is right for you, I congratulate you on your desire and commitment to help this world be a better place by teaching your expertise. And IF pursuing and maintaining a huge cult of personality is NOT the path that seems most natural for you, let me happily inform you that there IS a set of RULES that favor YOU – and it would be my honor to introduce you to a model that will allow you to quietly and simply amass a fortune teaching your amazing expertise.

Would love to see if we can help you achieve Fortune over Fame… Here is the link again for us to chat: