Honey, I Shrunk the World 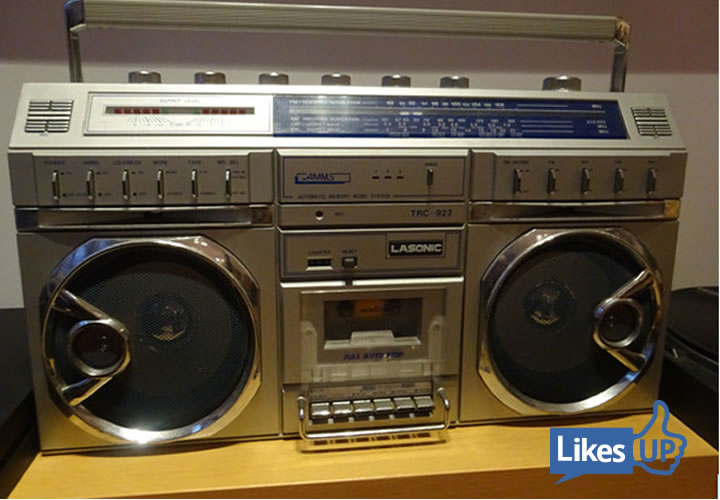 How Did We Become An All-Digital Culture? We have rapidly shifted towards an all-digital culture.

Have a look down memory lane at some of the changes from physical and analog to electronic and digital.

Is It a Phone, Camera, or Virtual Reality Gateway? 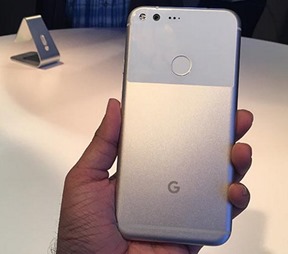 Who needs a separate camera or video device or micro recorder when your smart phone like, Google Pixel, does it all? And along with Virtual Reality Headset like Google Daydream View you can get lost in many worlds.

Personal photos “selfies” makes everyone the next Anne Geddes photographer or turning everyone into a Steven Spielberg movie maker. The storage and retrieval of these digital diamonds is one of the key factors in loving your smart phone. Google Photos is a smart home for all your photos and videos and made for the way you take photos today. Google Photos is quoted as “The best photo product on Earth.”  These digital possessions form a rich collection that chronicles our lives and connects us to each other.

Family photos, home movies, and personal letters are now existing only in digital form, and often are stored using popular services like Flickr, YouTube, and Gmail. These are the future heirlooms of your family. Who gets the modern safety deposit box key to your special possessions? Who gets your logins when you die?

What was imagined in science fiction books is now a reality.  The power that used to be in rooms of computers you now hold in the palm of your hand.  The world has shrunk. 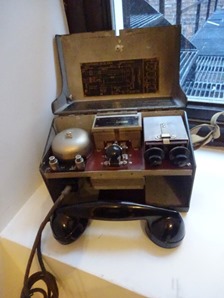 Alexander Graham Bell was awarded the first U.S. patent for the invention of the telephone in 1876. Elisha Gray, 1876, designed a telephone using a water microphone in Highland Park, Illinois. Tivadar Puskás proposed the telephone switchboard exchange in 1876.

Mobile phones are commonly used to collect location data. The movements of a mobile phone user can be tracked by their service provider and, if desired, by law enforcement agencies and their governments. Both the SIM card and the handset can be tracked.

Mobile shopping, mobile payments and Branchless banking are in use as well as the point of sale that supports near field communication (NFC). Enabling contactless payments through NFC-equipped mobile phones requires the co-operation of manufacturers, network operators and retail merchants. More on the physical stores being swallowed up, below. 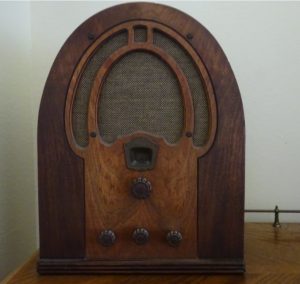 Audio was the first to become a portable device and online and mobile offering. Vinyl records, Audio cassettes, Sony Walkman (see image below), CD, mp3 players, iPod, iTunes, music streaming, Pandora, Spotify, Napster, and others. There is quite a history including legal battles with Napster. More Streaming Audio Aggregators https://en.wikipedia.org/wiki/Comparison_of_on-demand_streaming_music_services

Apple releases the first iPod in 2001, creating the first portable MP3 player with mass appeal and popularity.  See image below.

In 2007, Steve Jobs announces the iPhone, which has become the most lucrative consumer hardware device ever. In 2012, Apple goes on to become the most valuable company in history. 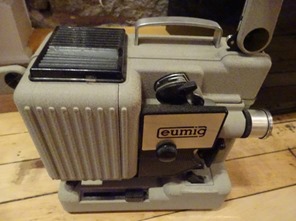 DVDs and Books in the mail: Logistics Company

Amazon Original started creating original movie content and shows. Netflix starts financing and producing its own content and begins creating more original programming than HBO (which, of course, they stream via their online portal to millions of customers).
You-Tube Red is another format with pay to view and original content (no commercials) on a subscription service.

CBS All Access has been quite popular as a subscription service and has original content. The Good Wife Spinoff, The Good Fight will air in 2017 on CBS All Access – “CBS All Access has built tremendous momentum in the past year—passing one million subscribers, launching our first original with Big Brother: Over the Top and, most recently, bringing live NFL on CBS programming to the service.” 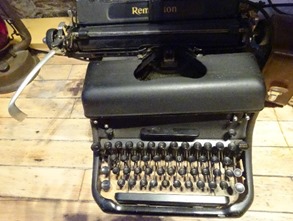 From manual typewriters to external keyboards to built-in keyboards on laptops to SwiftKey keyboards and inputs on mobile devices.

Electronic and digital changes are happening rapidly. Products like Polaroid camera, Betamax, VHS Xerox machine, Technicolor projector, IBM computer, and microfilm cartridge storage are completely outdated or have been replaced with newer versions. Companies like Kodak, the film giant has shrunk and is a shadow of its former self.

It is not just products that have disappeared. Stores have also been swallowed up such as Orbachs, May Company, Robinsons, Broadway, Bullocks Wilshire, and luxury department store I. Magnin, to name a few. So many products are now purchased online. Here is the store museum.

Board game anyone? Has your Scrabble and Monopoly been replaced? Multi-user games online are all the rage with kids and adults. The League of Legends is at top position as most popular online games. Others include World of Warcraft, DOTA 2, Counter-Strike: Global Offensive, Diablo III, Smite, Battlefield 4, and Minecraft.

The famous NYC Subway Token started in 1953 and ended in 2003. Now you can use a MetroCard with a digital swipe to get down to the tracks. 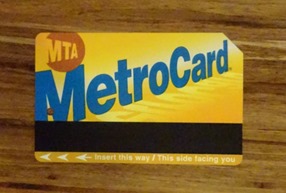 The British phone booth has always been an icon. 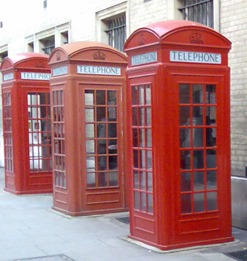 In 1906, when the pay telephone was introduced to New York at a nickel a call, newspapers only cost a penny.

At one point, phone calls were considered private meaning your conversation took place in a private phone booth. Now, everyone can hear you conversation and so many people turn on their speaker phone broadcasting their private news and what’s for supper.

Phones went from rotary dials to keypads with # and * as important keys. 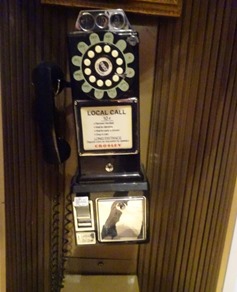 Almost 10,000 pay phones of New York City are being replaced by 2018 by sleek nine-foot-tall structures the city calls Links.

Additional subway stations now have wireless voice and data communication capability allowing New York City subway riders to make and receive cell phone calls, send and receive texts and e-mail and access Wi-Fi underground. Years ago you could walk off a train, walk over to a phone, drop in a quarter and place a call to let a loved one know you were on your way home. Now, you send a text.

When was the last time you saw a phone book or opened a yellow pages? Telephone Books Morph into Google, Online Directories and YellowPages.com 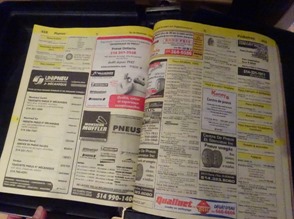 There are many course and class offerings online both accredited and for personal use. Massive Open Online Courses (MOOCs) offered by different providers. There are also private an individual courses.
There is also an online 5-day thought-leading summit for course creators and education entrepreneurs (The Future and Opportunity of Online Education) put on by Danny Iny, author of Teach and Grow Rich, and creator of the Course Creators Laboratory.

Evan Carroll and John Romano authors of Your Digital Afterlife: When Facebook, Flickr and Twitter Are Your Estate, What’s Your Legacy?, use this book as a class text. There are numerous legal, cultural, and technical issues that could prevent access to digital assets, and if you don’t take steps to make them available to your heirs, your digital legacy could be lost forever. This book helps you secure your valuable digital assets for your loved ones and perhaps posterity.

And, Amazon Prime Students can rent it online instead of checking it out at the library or buying the book.

When was the last time you entered the library?

And it is not just libraries that are becoming as obsolete as the Dewey Decimal System, the proprietary library classification system first published in the United States by Melvil Dewey in 1876.

Rental libraries, like Blockbuster, had a short-lifespan. The local Video Rental (or digital game) store used to be a place to meet others who were searching for the same genres of entertainment. But, you can find others with similar interests, when you sign up for MeetUp.com and can join strangers for a multitude of activities.

And of course, how can we talk about the digital world and not mention online dating sites including hook-up sites like Tinder.com? I have 4500 friends on Facebook and 1/3 of them use the Lifestyle App, Tinder. The tagline for Tinder is “How to people meet. It’s like real life, but better.”

It would not be appropriate to wrap this up with Tinder… so, how about ending on one of the biggest tech trade show of the year CES, The Consumer Electronics Show in Las Vegas? (Even CES tradeshow took over from Comdex which ran until 2003.) TVs, automotive autonomous self-driving vehicle technology, drones, VR spectacles, Wireless Audio, Cameras built into everything, step-counting and heart rate tracking wearables, Smart Home technology, and Kickstarter gadgets will be on display. And if you need more, try Mobile World Congress (MWC) between February 26 and March 1, 2018 in Barcelona, Spain. 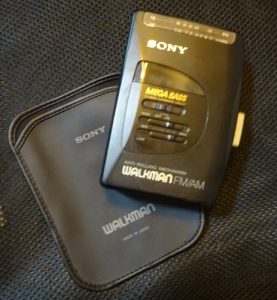 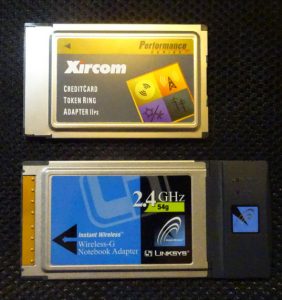 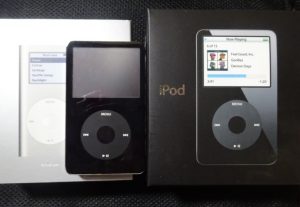 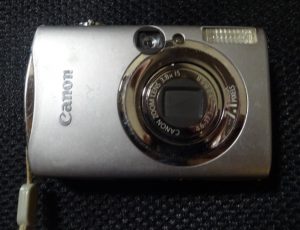 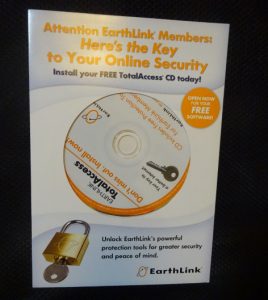 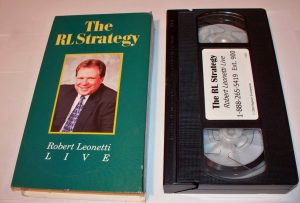