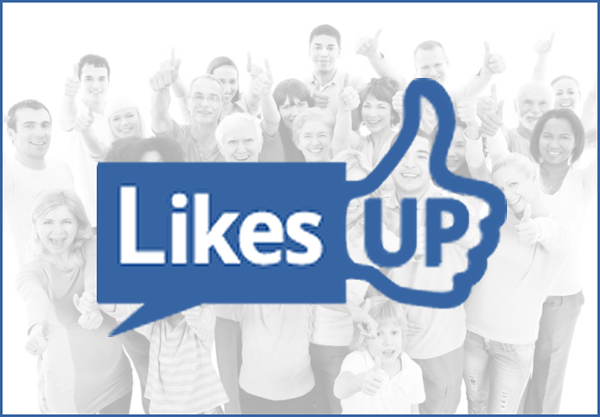 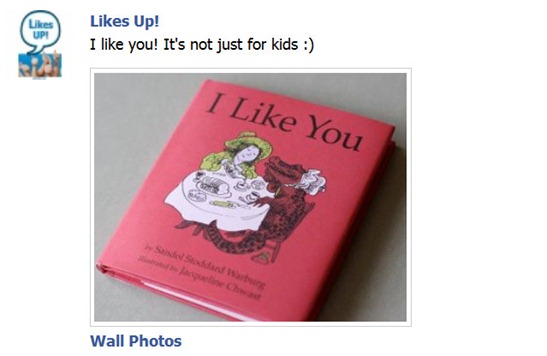 I never did quite understand the reasoning behind for this chapter title in Robert Cialdini’s book (Chapter 5 of Influence, The Psychology of Persuasion) but since his book is a winner and gets a big ‘Likes UP’ I will continue to use it.

Following is my attempt to summarize The Friendly Thief and add examples to illustrate Liking.

Cialdini starts with this quote:

The main work of a trial attorney is to make a jury LIKE his client. – Clarence Darrow

The liking rule is used in networking marketing at Tupperware parties where there is a social bond with the hostess who likes you enough to invite you to the party. The social ties and social bond of the friendship principle is the biggest influencer where the guilt of obligation force friends to comply and buy to help a friend out.

The name dropping effect and 3-way calls in network marketing bring the trust and believability factor up for a Likes UP and a new recruit into the organization. It is the person’s name who “suggested I call you” using referrals and the power of the liking rule to produce assent.

Joe Girard, a Chevrolet salesman in Detroit, is famous for using the Liking rule. On http://en.wikipedia.org/wiki/Joe_Girard

Joseph Samuel Gerard, better known as Joe Girard, (born November 1, 1928 in Detroit, Michigan) is recognized by the Guinness Book of World Records as the world’s greatest salesman[citation needed] for twelve consecutive years, selling 13,001 cars at a Chevrolet dealership between 1963 and 1978.

Girard worked from childhood on. A high school dropout, he started working as a shoeshine boy, then he worked as a newsboy for the Detroit Free Press at the age of nine, and then as a dishwasher, delivery boy, stove assembler, and home building contractor. In 1963, the then thirty-five-year-old walked into a Detroit car dealership and begged a skeptical manager for a job as a salesman. He sold a car on his first day and, by the second month, was so good, some of the other salesmen complained and got him fired. His next job was at Merollis Chevrolet in Eastpointe, Michigan, which he held until his retirement in 1977. There, he set consecutive sales records over a fifteen year period.

One of America’s most sought-after speakers, Joe Girard appears before such companies as General Motors, Hewlett-Packard, and Kmart. Mr. Girard’s awards include The Golden Plate Award from the American Academy of Achievement, and he has been nominated for the Horatio Alger Award by the late Dr. Norman Vincent Peale and the late Lowell Thomas.

In 2001, he was inducted into the Automotive Hall of Fame.

Joe believed that “Personalized mail is the best thing anybody can receive from a salesperson”. (p72)

Joe’s primary method for getting new business was to send personalized greeting cards to his satisfied customers on a regular basis.

How regular? Joe sent his customers a greeting card each month in addition to sending them a special Birthday card each year, and he uses a very nice, very soft sell message in his cards. He never sent direct sales pitches, but instead said things like “Happy New Year – I like You! Joe Gerard, Merrolis Chevrolet.”

Now, you’re probably thinking that it takes a lot of time and effort to send your prospects a birthday card every year plus one every month and you’re right, it does!

Joe started out writing and mailing cards on his own, but as his customer base grew he hired assistants and paid them to write and mail greeting cards on his behalf – and he did this because he knew this was one of the most effective yet least expensive ways to get new customers (this is why you MUST know how much it costs to get new customers with the different marketing methods you use!)

Great “Likes UP!” Policy by Christopher Knight, CEO of EzineArticles: I never do Reciprocal Linking, Liking on Facebook, Following on Twitter nor Endorsements on LinkedIN just because I was asked to or someone else gave first & now wants me to return the ‘favor’. Every Link, Like, Following and Endorsement is earned, NEVER traded. You might want to consider a similar policy. It’s about integrity. 🙂