When Your Ads, Offers, and Marketing Stop Working 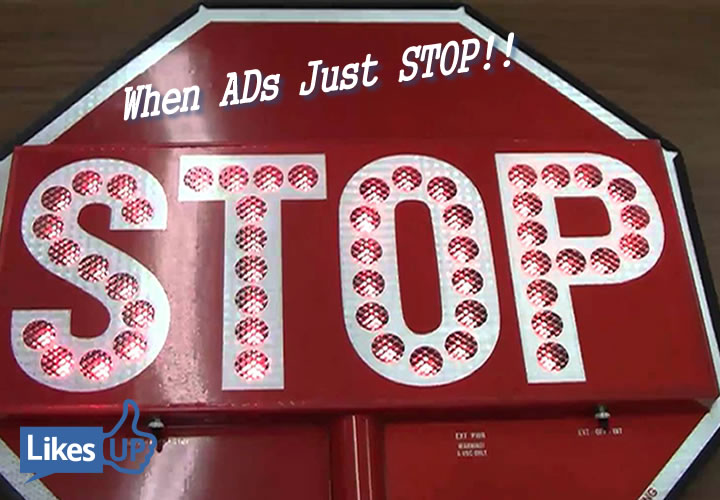 Travis Mojo says graveyards are full of businesses who tried to “optimize” their way out of death when innovation was the oxygen mask which would’ve saved them.

What about the companies whose livelihoods were based on AOL as a customer. When AOL switched to CDs 1993 the manufacturer who produced the 3.5” disk went out of business.

AOL started in the early 1980s as a company that let Atari computer users download games. AOL was one of the early pioneers of the Internet in the mid-1990s.

In July 1993, AOL embarked on an aggressive direct marketing campaign in order to become the dominant market leader in providing Internet service. For over a decade, AOL did whatever it could to get a free AOL floppy disk or CD into the hands of customers.  Jan Brandt, AOL’s former Chief Marketing Officer stated AOL spent over $300 million to ship discs.

At one point, 50% of the CD’s produced worldwide had an AOL logo on it. New subscribers were logging in at the rate of one every six seconds (and the lure of dozens of free hours of access to the service). AOL charged its users an hourly fee until December 1996 and its height in 2002, AOL had 26 million subscribers who paid $9.95 a month.

Blockbuster wasn’t going to optimize its way out of their hole by changing their display strategy, revamping their logo or employing a new pricing strategy.

The taxi industry won’t be loosening the knot in their noose by lowering their fares, cleaning up their cars or giving their drivers some snappy lines to say.

How many extinct (or dying) tech titans can you recall?

Whether you’re entering an industry, trying to scale and grow or trying to maintain your foothold…here are 3 steps which may help a lot – (credit Peter Drucker for inspiration on these 3 steps)

Step 1: Innovate until you’ve got something authentically GREAT TO SAY.

Step 2: Say it well. (This would be a better time to optimize.)

Many businesses just skip to step 3 and just try to say the same dang thing louder in step 2.

The fall out can be brutal and lead to death. Low profits, long hours and trying to optimize your way out of ever-increasing ad costs can be futile attempts at keeping your head above water.

Simplify, innovate and find something great to say and life gets more fun.

And by say; we mean write. Communicate.

-Most email copywriters are struggling to get paid $100 to $200 per email. My agency gets paid thousands and our clients are ecstatic about paying us. (Proposition simplification.)

-We just spent $2,000 on postage for a direct mail campaign and have $80k+ in sales (not collected)…and lots more mileage to go. (a million dollar a year strategy which would be perfect for many online businesses who have physical addresses of their customers.)

-Customers get quantum leaps in income because we simplify and innovate and find something GREAT TO SAY first.

One mojo guy took a breakthrough insight and did $55,000 with one 60 minute Facebook live.

-We blew the dust off an old product sitting on the shelf of one of our clients and found something great to say. Result? About $200k in sales in roughly a month.

And you?…If all it took were a crack team of optimization experts and a membership to VWO (split testing) we’d all be eating caviar in the back seat of our Rolls Royce!

Back to the floppy disk. How could have the AOL duplication manufacturers innovated?

Techvibes assembled a timeline from 30 years of the birth to the death of the floppy disk:

1967: Tape drives weren’t cutting it. IBM sees the need for a lighter, faster data-storage device. They assign the task to their San Jose-based storage development center.

1973: Advances in technology continue; the floppy disk boasts a capacity of up to 0.24 megabytes. Floppy disks are touted as “high speed” and “mass storage” devices.

1976: The physical dimensions of the floppy disk became unattractive. Desktop makers requested a smaller version.  Manufacturer Shugart Associates developed a 5.25-inch floppy disk that, despite being considerably smaller, still held a tenth of a megabyte worth of data. It was also notably more affordable than IBM’s 8-inch predecessor.

1978: Tandon introduced a double-sided drive, effectively doubling the capacity. Then, a new double-density format increased the capacity again, to an unprecedented 360 kB, or a third of a megabyte.

Early 1980s: This is where the legend reaches its final stage. Sony pioneers the 3.5-inch floppy, which is the one most people are familiar with as its size never changed beyond this point. The first computer to use this format was in 1982.

Mid 1990s: The limitations of floppy disks began to unravel. Akin to the tape drives the floppy had replaced, it in itself had taken on the traits of its predecessor: relative to modern technologies, the floppy disk had grown clunky, restrictive, and unreliable. Its data-storage capacity had becoming increasingly useless as program sizes grew. Zip, CD, and DVD (and eventually USB) technologies proved much more capable and relatively inexpensive.

1998: Despite the floppy disks demand having peaked three years prior, it still had a fan base. And this fan base raged when Apple’s 1998 iMac was released with not one single internal floppy drive in sight. Apple argued the disk was essentially obsolete, what with expanding hard drive capacities and the Internet’s rising popularity. Floppy fans were not convinced, and many purchased external floppy disks. But the rebellion was short-lived and likely nostalgia-driven. Disk drives plummeted in use shortly after.

2003: Dell removed floppy disk readers as standard desktop equipment, rendering the floppy disk one notch closer to all-out extinction. (There was no rebellion against this decision.)

Pay attention to the marketplace so that your stories, communication, ads and products are relevant. Be ready for change… it is everywhere!